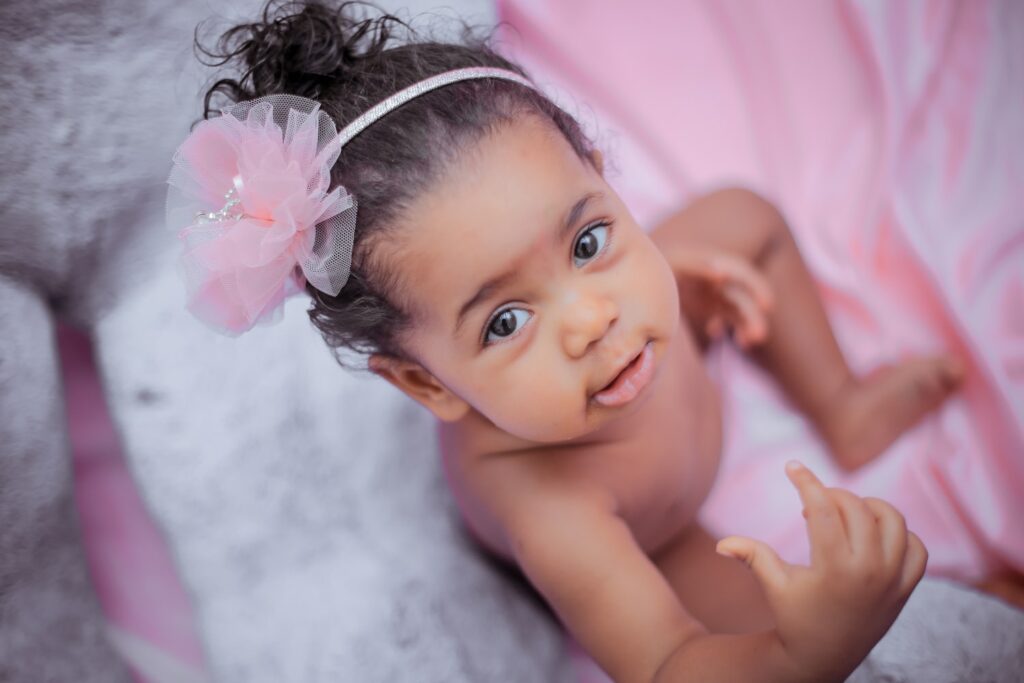 What do American doctors recommend about vaccines during pregnancy?

The CDC currently recommends that pregnant women in America get:

They also recommend hepatitis B if you test positive for hepatitis; hepatitis A if you have a history of chronic liver disease; and meningococcal or other travel-related vaccines, if indicated.

What this means is that American women and their unborn babies are now getting up to six vaccines against as many as a dozen different diseases or disease strains during pregnancy.

Feeling small at the doctor’s office

Have you ever noticed how small you sometimes feel when you’re sitting in a doctor’s office waiting to see your obstetrician? Maybe it’s because the physician’s assistant (aka a complete stranger) has just weighed you. Or because you just had to pee in a small plastic cup … and you missed. Or because you tried so hard to get pregnant and you so badly want the baby to be healthy.

Some people feel reassured at the doctor’s office. But most of the rest of us feel intimidated. Interestingly, even pregnant doctors report feeling intimidated by their obstetricians sometimes. As do educated mamas-to-be who themselves have advanced degrees.

So there you are, pregnant and feeling small, sitting on the examination table. Depending on the practice, you may be buck naked except for that horrible paper gown that crinkles every time you shift your weight. Then the FULLY DRESSED doctor comes in, clearly in a hurry, enthusiastically washing their hands (we hope), and smiling at you compassionately.

(At least you think they’re smiling. It’s a bit hard to tell if they happen to be wearing a mask.)

As the doctor sits down in the rolling chair beside you, or plops down in front of an oversized computer screen, they will invariably tell you it’s time for your vaccines during pregnancy, which the medical assistant will be bringing right in. That doctorly sound of authority and interest relayed by a clipped and no-nonsense tone of voice.

Why get any vaccines during pregnancy? A closer look

According to the CDC, vaccines help keep a pregnant woman and her growing family safe from infectious diseases.

According to the CDC, whooping cough is one of the most common vaccine-preventable diseases in the United States. It is caused by bacteria that spread easily from person to person through personal contact, coughing, and sneezing. It can be very serious for babies and can cause them to stop breathing. Pregnant women should receive a dose of Tdap during each pregnancy, preferably at 27 through 36 weeks: to protect themselves and their baby. In addition, they recommend that family members and caregivers (like babysitters and grandparents) of infants get vaccinated against pertussis.

The CDC argues that the inactivated flu vaccine is safe, and very important, for a woman who is pregnant. This is because pregnant women who get the flu are at increased risk for severe illnesses from influenza and their babies are also at risk. Complications from the flu can include premature labor, babies that are small for gestational age, hospitalization, and, rarely, death … pregnant woman with flu also have a greater chance for serious problems for their unborn baby, including premature labor and delivery. According to the CDC, pregnant women can receive the flu shot at any time, during any trimester.

The CDC argues that pregnant people are at increased risk for severe COVID-19 illness and that they might be at risk of adverse pregnancy events, like preterm birth.

So why refuse vaccines during pregnancy?

How to say “No, but thank you,” to vaccines during pregnancy

Now let’s go back to the examination table where you’re sitting half-naked looking at your doctor.

The doctor: “Everything looks great. I’ll send the nurse in for your vaccines.”

Or, “We’ve decided not to do that vaccination at this time.”

You could also try,  “We don’t do vaccines during pregnancy in our family.”

Or, “Thank you very much but I will not be having these vaccines during pregnancy at this time.”

Real-parent experiences saying no to vaccines during pregnancy

Advice is easy to give and hard to follow. So I decided to ask some parents on social media (which I’ve been fondly referring to as FaceAche these days) how they handled saying no thank you to vaccines during pregnancy and what their practitioners’ reactions were.

“I simply say- no thank you with a smile. and they don’t bother me. Idk if it’s because my husband is an RN or if it’s because I’m always very firm and confident but I’ve never had a doctor challenge me or even ask me why.”

I said I’m worried about shots during pregnancy

“When I was pregnant they offered the flu. They said it was very dangerous for me to not get it. I wasn’t pro or anti vax, I just heard bad things about the flu shot and didn’t want it. I said I’ve just heard a lot of bad things and I don’t want to take the risk. The doctors scolded me and then left it at that. It was very simple. No Thanks, I’m worried about having the shot during my pregnancy and causing complications, and that was it.”

“We don’t vaccinate” is the perfect line

“I simply say, “We don’t vaccinate,” and a doctor only hassled me once. So I decided to switch doctors after because he was not at all what I was looking for in a pediatrician.”

Call ahead before choosing a doctor

“I found that being proactive and calling ahead of time has helped tremendously. Since I’ve been doing that no doctor has harassed us. When the question about vaccines comes up a simple no is all I have to say & not made to feel terrible for it.”

We found a new doc: be polite but don’t back down

“Our first doctor was rather rude when we told him we would not be doing vaccines. He berated my wife while she was in the hospital. I went into his office the next day and fired him in front of his patients in the waiting room!

“We then interviewed several doctors before choosing a new one. She’s been wonderful and never pressures us on anything. Our new doctor has also been very supportive of us having a choice with the vaccinations and is rather impressed with the knowledge we displayed.

“She’s gone on to research vaccines more and she admitted last time we were in there that she is even growing skeptical the more she reads. So my thought is always be polite if possible but don’t back down when they try to pressure you. Be firm. You can fire your doctor. They work for us… not the other way around.”

What if your doctor gets irate when you say you don’t want vaccines during pregnancy?

While it’s always your right to reject a pharmaceutical product, you doctor may get very angry if you decline vaccines during pregnancy. We’ve heard stories of doctors yelling at their pregnant patients. Some doctors have even followed families to the check-out counter, saying things like, “I guess you’re the kind of mother who doesn’t care if your baby lives or dies.” Cognitive dissonance hurts.

These emotional reactions are nothing short of bullying, which is the last thing a pregnant woman needs.

Remember that you are the consumer.

Remember that your doctor, however high and mighty he or she might act, is working for you.

You don’t need to tolerate rudeness, shaming, scare tactics, or bullying from a healthcare provider.

The good news is that there are now hundreds, if not thousands, of vaccine-friendly doctors. There are doctors in every state who are not pushing vaccines during pregnancy. These doctors respect a pregnant woman’s right to choose.

So if your obstetrician reacts with fury when you politely decline vaccines during pregnancy, find another doctor. Or a midwife. You deserve a gentle healthcare provider whose mission is to help you and your baby be healthy and happy, not to peddle vaccines.

Related articles:
Wondering About Vaccines, Not Sure Where to Start
Three Toxins to Avoid During Pregnancy, and Three Things to Embrace
Mice Given Antibiotics Die of the Flu

Below are screenshots of extreme reactions to the Coronavirus vaccines. Mainstream experts apologizing for the status quo will insist that these reactions are rare. Perhaps they’re correct. But when you are wondering about vaccines during pregnancy, isn’t it better to be safe than sorry? 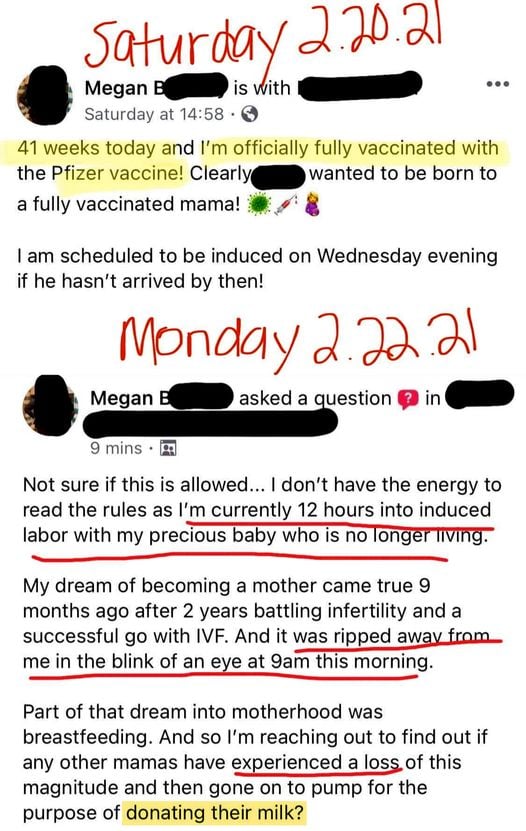 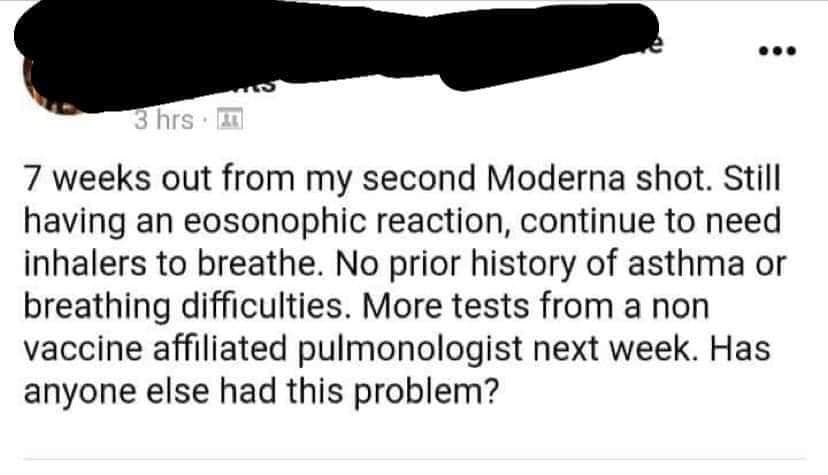 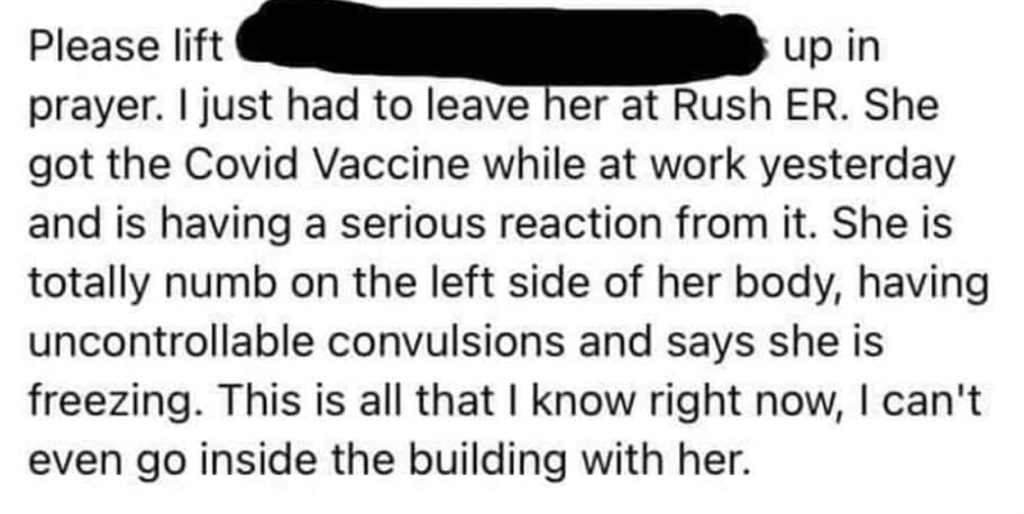 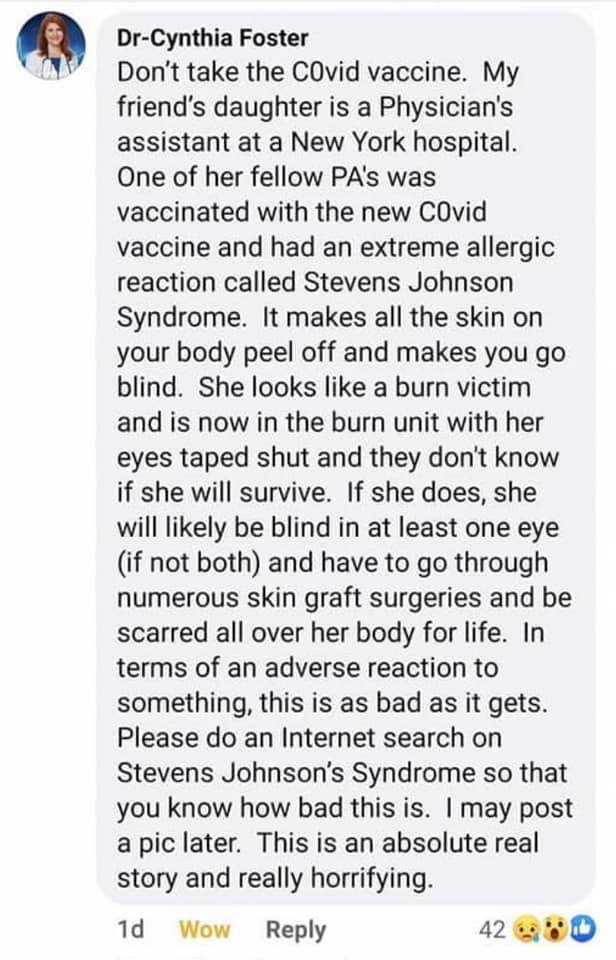 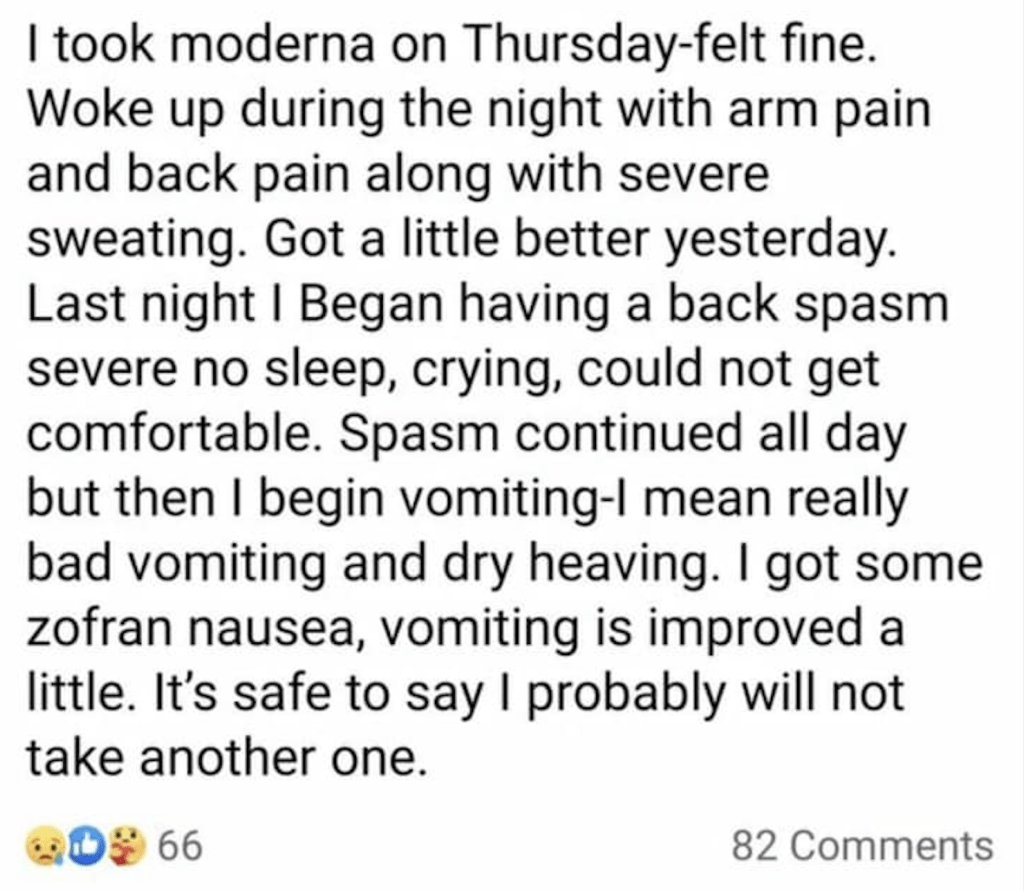